We have two main research areas where we concentrate our efforts, Evolutionary ecology of plant adaptation and Ecology and evolution of plant reproduction.

Post-docs and graduate students interested in joining our lab are welcome to contact us at jon.agren@ebc.uu.se. We can also offer projects for motivated master students in connection with ongoing research in the group. Please, contact us for further information. 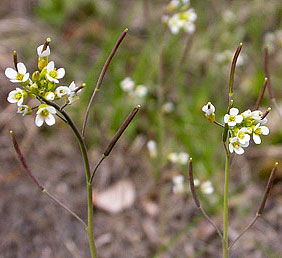 Knowledge about the ecological and genetic processes governing plant adaptation is crucial for an understanding of plant distributions and responses to environmental change. Genetic differentiation in morphology and phenology has been demonstrated among local populations and subpopulations in a large number of plant species. Moreover, reciprocal transplant experiments have detected local adaptation over several spatial scales. However, in most cases, both the ecological and genetic processes behind population differentiation and the genetic basis of plant adaptation remain unknown.

Our research focuses on adaptive differentiation along climatic gradients, and the demographic and evolutionary consequences of plant-pollinator and plant-herbivore interactions. We are particularly interested in how spatial and temporal variation in climatic conditions and in the intensity and outcome of biotic interactions influence population dynamics and population differentiation.

We use a few different systems to address these problems. The annual Arabidopsis thaliana and the closely related perennial herb A. lyrata allow us to combine experiments in the field and under controlled conditions with state-of-the-art molecular approaches to examine the evolution of plant adaptation. In collaboration with a several other European labs, we examine the genetic basis of adaptive differentiation and variation in life history and mating system in the crucifer Arabis alpina. We use the short-lived herb Primula farinosa, to explore the demographic and evolutionary consequences of biotic interactions and land use in semi-natural grasslands. Moreover, we use sexually polymorphic plants, such as the tristylous herb Lythrum salicaria, to examine how the interaction between frequency-dependent selection and stochastic processes influence the genetic composition of local populations and metapopulations.

We integrate ecological and genomic approaches to examine the functional and the genetic basis of adaptation in natural populations of the model plant Arabidopsis thaliana. Recombinant inbred lines derived from a cross between two ecologically well characterized A. thaliana populations that exhibit strong adaptive differentiation are used in experiments designed to

Ecology and evolution of plant reproduction

Flowering plants display an extraordinary diversity of sexual systems and floral form. We use a combination of ecological and genetic approaches to clarify the mechanisms behind the evolution of sex allocation, floral display and flower morphology. This includes studies of how variation in floral characters influences pollinator visitation, pollen transfer, and plant reproductive success, and of the genetic basis of variation in floral morphology.

Habitat fragmentation is considered one of the most serious environmental threats to the long-term survival of a large number of plant and animal species. As a result of habitat fragmentation, many species now occur in small and isolated populations. This is of great concern because there are a number of demographic and genetic factors that should contribute to making such populations more prone to extinction than large populations. In a couple of ongoing projects, we seek to determine the effects of population size, density and degree of isolation on biotic interactions, seed production, and plant population dynamics. This information is crucial for the development of realistic, spatially explicit models of population dynamics in plants, and for our ability to predict the consequences of habitat fragmentation and changes in land use. 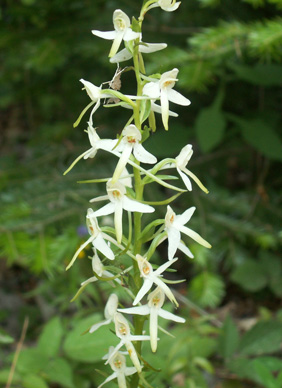