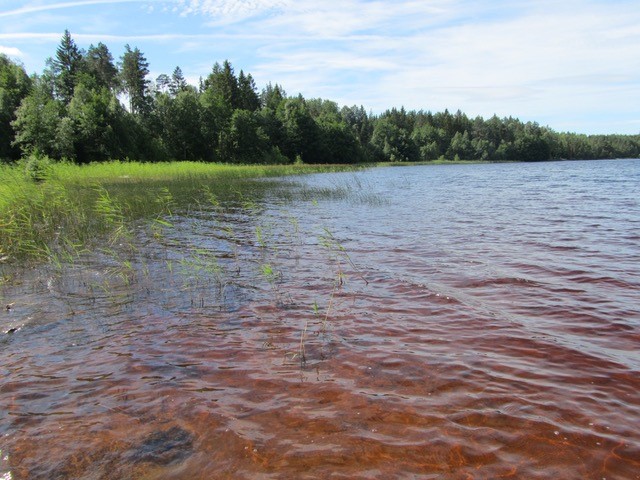 The water colour of lakes in the boreal zone is increasing because of increased concentrations of carbon and iron. Generally it is assumed that this browning effect makes lakes to an increasing extent serve as sources of carbon dioxide to the atmosphere. Another effect of browning may be increased algal blooms of the nuisance algae Gonyostomum semen which has increased to about the same extent and in the same types of lake under the same time period. This type of algal blooms is much less studied than for instance algal blooms by cyanobacteria, and we, thus do not know much about its causes and consequences.

In this study we did a statistical evaluation of field data from 95 Swedish lakes over five years. As expected G.semen was more common in brown water lakes but to our surprise it was associated with high concentrations of iron rather than with carbon in the lakes.  In the future we want to investigate what consequences there can be for lake ecosystems if they are subject to browning because of increases in iron concentrations. We speculate that because of high photosynthesis rates during the algal blooms the lakes can become sinks rather than sources of carbon dioxide. The effect of browning because of iron on the emission of green house gases may therefore be the opposite to the effect of increased carbon. The findings were published in the journal Scientific Reports.