Ecology and evolution of symbiotic fungi

Under natural conditions the health and survival of plants depend on their symbiotic fungal partners. Molecular identification methods has revolutionized soil microbial ecology and unraveled a tremendous fungal diversity in soil that we are only beginning to truly appreciate. However, general ecological principles governing high fungal diversity remain largely unknown and community composition itself tells us very little about the functioning of soil ecosystems. The long-term goal of our research is to overcome these problems by addressing distribution of adaptive traits in communities along natural substrate gradients; study the phylogenetic rank of niche specificity in soil fungi and exploring the nature of adaptation to heterogeneous soil environments.

Evolutionary stability and genetic variation in AM fungi 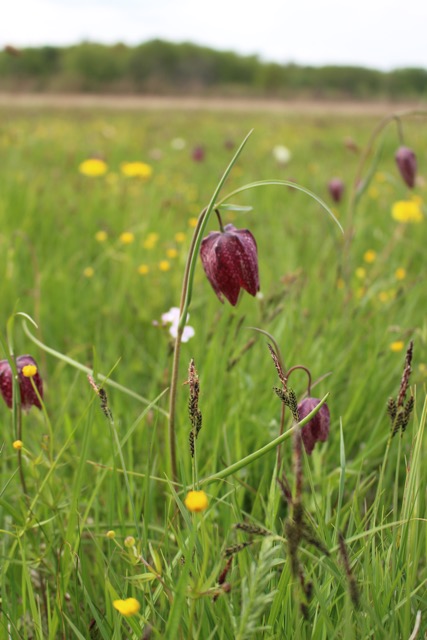 With funding from ERC we are developing a new research program on arbuscular mycorrhizal (AM) fungi (HeteroDynamic). AM fungi form symbiotic interactions with almost all terrestrial plants and have done so since plants first colonized land. We are interested in their evolutionary stability and genome organization. Shadi Saraei and Merce Montoliu started their PhD studies in the program in 2016 and we have since been joined by Post doc Zaenab Fahad and Marisol Sanchez Garcia. The project involves genome sequening and culture experiments and aims at characterizing the structure of genetic variability within AM fungal species and is a collaboration with Prof James Bever at the University of Kansas.

During the spring and early summer of 2016 we sampled soils and spores for isolations at the Kungsängen Nature reserve in Uppsala. This proved to be very difficult and we have since resolved to work on cultured strains available from INVAM culture collection.

Ecological role of the Archaeorhizomycetes

We explore the link between ecosystem functions and fungal biodiversity by combining molecular ecology tools with traditional culture based methods. This approach has allowed us to describe the ubiquitous ancient fungal class Archaeorhizomycetes, a.k.a. Soil Clone Group 1, (Science 333, 876-879). These fungi are diverse and occur in roots and soil from most terrestrial ecosystems but their ecological role and means of dispersal remains a mystery. In our research we continue to explore function, distribution and diversity of the class and argue that it remain under-represented in environmental studies due to frequent use of primers with known biases against the class, i.e. the reversed primers ITS4 (Schadt and Rosling, 2014). As highlighted in Tedersoos response to our comment the abundance of the class is very difficult to estimate due to amplification and sequencing biases favoring its short reads over that of other members of fungal communities. 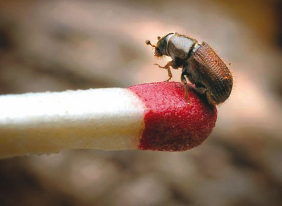 Soils develop as a result of their biological processes while constrained by the environmental and geochemical conditions of a site. Soils in turn provide the environmental constrains that soil fungi adapt to in order to, form associations with host, compete for substrate and to complete their life cycle. Fungi are well adapted to the temporally and spatially heterogeneous soil environment. Thin hyphae allow for efficient substrate exploration and provide large surface area for uptake. Resource translocation within the mycelia allows fungi to link spatially separated substrates, i.e. the carbon supply in its host roots with sources for nutrient uptake in soil. Research in the group addresses the interaction between soil microbial communities and soil process at different spatial and temporal scales. Together with Prof Marianne Clarholm and Ulf Skylberg we have proposed a model for how chelating agents and enzymes act together to release nutrient from less available forms of organic material in soil. This un-button model challenges the way we think about nutrient availability in soil.

Soil microbial communities influence soil processes and hence soil development. As an essential nutrient, phosphorus has intrinsically low availability in soil and root associated fungi are central in its acquisition to plants. The soil microbial biomass itself may however be an even more important driver for phosphorus mobilization and its transformation between organic and inorganic forms. Not only are their biomass a large sink for nutrient uptake but also their necromass provide a huge source of nutrients for future generations. In an collaboration with Rich Phillips at Indiana University, Bloomington we study the role of contrasting types mycorrhizal association (AM vs. ECM) on phosphors cycling in deciduous forests soils. We found that in deciduous forests the type of mycorrhizal association determines the P cycling with recalcitrant organic P accumulating in stands dominated by AM fungi while organic P availability was higher in ECM stands. In the fall Anna Rosling is invited to present these results and discuss the role of symbiotic fungi in P cycling at the Organic P workshop in England (https://op2016.com).

Thermodynamics of soils and its link to fungal communities

During 2015 Veera Kainiemi visited our group as part of a collaborative project with Dr Anke Herrmann and Dr Petra Fransson, both at SLU. The project explored the thermodynamics of soils collected across a stand age gradient in Uppland to identify a functional link between compositions of soil fungal communities and their ability to utilize carbon substrates of different complexity.

Energy is continuously transformed in soil systems through the metabolic activities of living organisms. Heterotrophic microorganisms utilize energy stored in organic matter and exchange it within the biosphere and with the atmosphere. Thus, different soil microbial communities are likely to call upon different biochemical pathways resulting in different carbon and energy flows through the communities and ecosystems. However, little is known about the energy flows and how they are linked to the carbon cycle and if there is a relation between microbial energetics and microbial community composition in the soil. In this project we study microbial energetics, activity and community structure in boreal forest soils at different succession stages. Working hypotheses are that in higher succession stages microbial diversity increases; the community becomes more energy efficient and specialized to use greater variety of carbon compounds as their energy source. We use isothermal microcalorimetry and multiple substrate-induced soil respiration to quantify energy flows and microbial activity and molecular ecology tools to study the fungal diversity and community structure.