Following the generation of a draft sequence of the collared flycatcher genome (Ellegren et al 2012 Nature 491:756-760), we use Ficedula flycatchers as a model system for genomic studies of adaptation and speciation.

However, there is increasing evidence that genomic regions with elevated differentiation can evolve by processes unrelated to speciation per se. The concept of linked selection, which is particularly pronounced in low-recombining regions, will locally reduce the effective population size and thereby enhance genetic drift of segregating variants. In turn, it results in elevated rates of differentiation in particular genomic regions without having to invoke adaptive processes. We use simulations and theoretical models to elucidate the role of selective sweeps and background selection to linked selection. 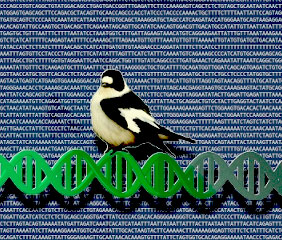 We seek to understand the contribution of different evolutionary forces – mutation, selection, recombination, demography and drift - to genome sequence evolution. We primarily focus our research on birds. They show a large heterogeneity in chromosome size, large variation in recombination rate across the genome, together with an evolutionary stable karyotype.

On-going molecular evolutionary studies in our laboratory follow several tracks. For example, we investigate the diverse consequences of recombination rate variation on genome evolution. We study the impact of Hill-Robertson Interference on gene sequence evolution, and investigate how GC-biased gene conversion affects the inference of selection in avian genomes (Bolívar et al 2016 Mol Biol Evol 33:216-227). We investigate the validity of the nearly neutral theory in avian species. Surprisingly, avian taxa seem to be an exception to this theory, since life history traits, commonly used as proxies for the effective population size, are not consistently correlated with measures of the efficacy of selection, such as the dN/dS ratio (Weber et al. 2014 Genome Biol 15:542). We investigate the apparent lack of correlation between life history traits and dN/dS in light of the pronounced signatures of GC-biased gene conversion in avian genomes.

We also perform theoretical studies and investigate the applicability of phylogenetic approaches to closely related species. Estimates of molecular evolutionary rates, such as dN/dS, are important measures for a wide range of evolutionary analyses. Its estimation is based on a phylogenetic approach, which rely on the indirect assumption that sequence divergence and species divergence are identical, an assumption which is generally violated and leads to a time-dependence of dN/dS (Mugal et al. 2014 Mol Biol Evol 31:212-231). We use Poisson random field models to derive analytical expressions of sequence divergence as a function of time and sample size (Kaj & Mugal 2016 Theor Pop Biol 111:51-64). This mathematical framework allows us to investigate if the joint usage of polymorphism and divergence data can improve the inference on the mode and strength of selection for closely related species. 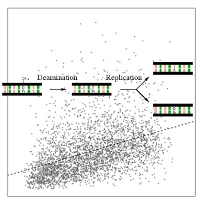 Sex chromosomes have evolved independently numerous times in different lineages, yet they show many common features and thus represent a fascinating example of evolutionary convergence. The process of sex chromosome evolution has attracted considerable interest over the years and one important question has been to elucidate the evolutionary forces behind the cessation of recombination between proto-sex chromosomes, eventually leading to the formation of two quite discrete chromosome types. Other questions have focused on the genomic organization of sex chromosomes and the evolutionary implications of sex-linkage. This is related to sexually antagonistic genes and sex-biased gene expression. 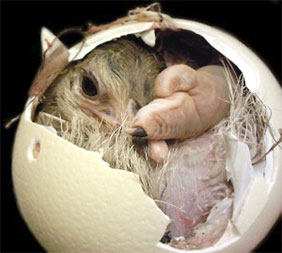 We analyze the genetic consequences of carnivore populations in Scandinavia being small and isolated, and develop tools for non-invasive genetic monitoring of these populations.

The Scandinavian wolf population is a striking example of the impact of isolation on genetic diversity and survival. Wolves were once extinct in Scandinavia, but in the early 1980s two individuals re-entered the peninsula and successfully reproduced. Cut off from the larger Finnish-Russian metapopulation by the Reindeer husbandry area to the North, the population remained very small (less than 10 individuals) for a decade. However, in 1991 a single male immigrant entered the population and reproduced, resulting in genetic rescue through an increase in both genetic diversity and population size (Vilá et al 2003 Proc R Soc Lond B 270:91-97). To this day the population remains characterized by prolonged periods of isolation with rare immigration events. We have made detailed investigations on how this has impacted on the levels and character of genetic variability (Ellegren et al 1996 Phil Trans R Soc Lond B 351:1661-1669; Hedrick et al 2001 Evolution 55:1256-1260; Flagstad et al 2003 Mol Ecol 12:869-880; Seddon et al 2005 Mol Ecol 14:503-511; Hagenblad et al 2009 Mol Ecol 18:1341-1351).

More recently, we have been investigating the genomic consequences this isolation. We are measuring the frequency and length of runs of homozygosity, distinctive genomic deserts devoid of genetic variation, that are signatures of inbreeding (Kardos et al 2017 Nat Ecol Evol doi: 10.1038/s41559-017-0375-4). In addition, we are applying statistical methods to reconstruct the original founders of the population, to estimate how much of their original genetic contribution persists within the population today. In combination, these approaches promise not only to provide a better understanding of the genomic consequences of population isolation, but also give vital information for the long-term management of this population of conservation concern.

In parallel and similar efforts, we have been studying the Scandinavian wolverine population. Here we provide service to Swedish and Norwegian management authorities by performing microsatellite and SNP genotyping of thousands of scat samples every year.