How new species are formed and maintained

We investigate how population divergence in ecological adaptations and reproductive behaviors relate to the build-up of different sources of reproductive isolation. This research is based on two natural study systems; a hybrid zone between collared and pied flycatchers on the island of Öland in the Baltic Sea, Sweden (Figure 1), and populations of Strawberry poison frogs in the Bocas del Toro archipelago in the Caribbean Sea, Panama (Figure 2). We also study factors (e.g. habitat heterogeneity) and evolutionary processes (character displacement) that mitigate ecological competition and reproductive interference between young species. 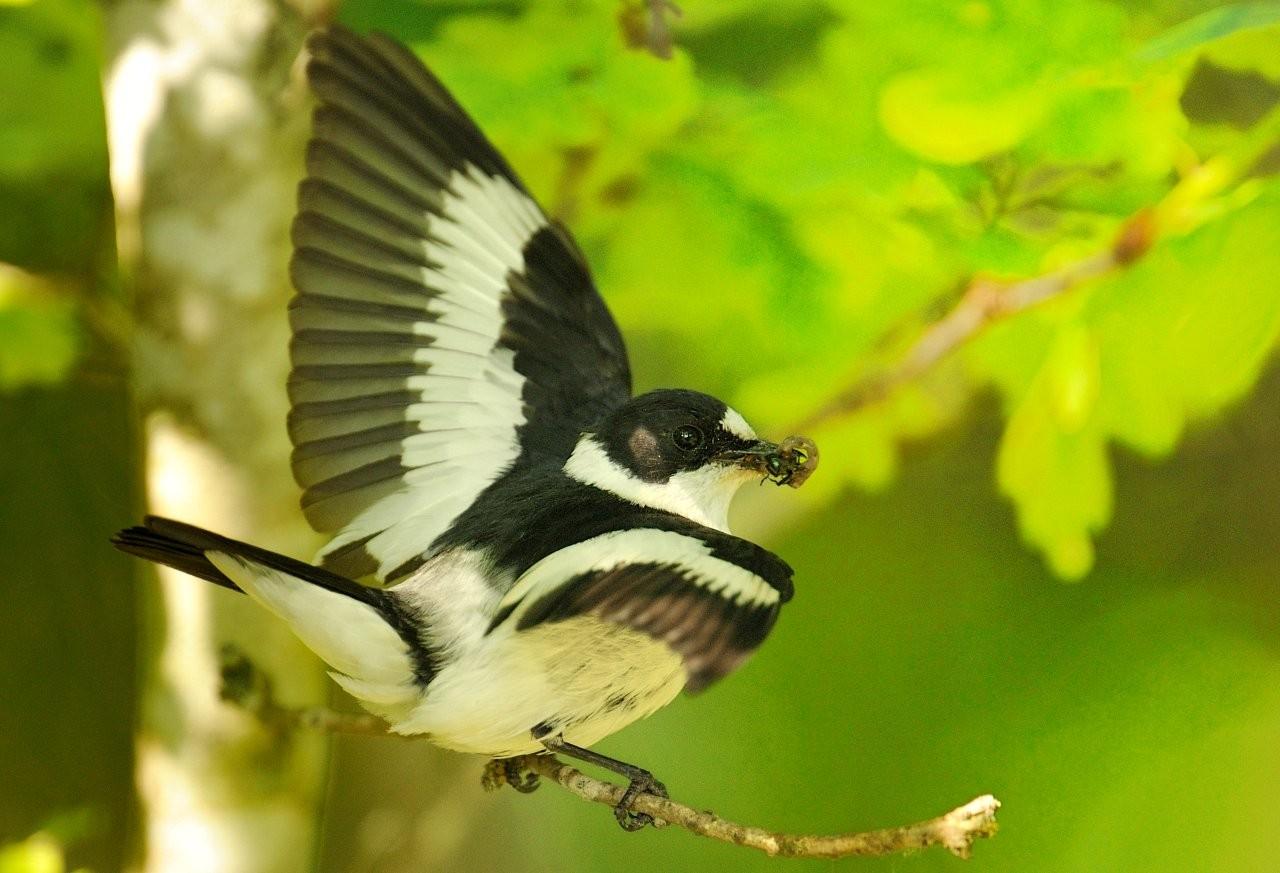 We investigate how natural and sexual selection cause divergence in phenotypes and genotypes and when such divergence leads to the evolution of reproductive isolation.  In Ficedula flycatchers, ongoing research implies that divergent climate adaptation (differences in life history and physiological traits) plays a major role for the build-up of several sources of reproductive isolation (Figure 1). In Strawberry poison frogs, striking differences in coloration between populations reflect divergent anti-predation adaptation (crypsis/aposematism) that also includes changes in dark melanin patterning and behavioral traits (Figure 2).

(5) Rudh, A., Rogell, B, Håstad, O. and Qvarnström, A. 2011. Rapid population divergence linked with co-variation between coloration and sexual display in strawberry poison frogs. Evolution 65, 1271-1282.

Hybrid zones offer excellent possibilities to pinpoint traits that influence assortative mating, hybrid fitness and interspecific gene flow. Our long-term study of the young Ficedula hybrid zone moreover makes it possible for us to investigate whether heterospecific competition and selection against hybridization augment ecological divergence and strengthen reproductive barriers between the two young species. Apart from targeting male plumage coloration and characters associated with resource use, we have recently turned our focus towards characters that are less often considered in this context, including dispersal decisions, habitat choice, and cryptic female discrimination against heterospecific sperm.

Song plays a major role for mate attraction and mate choice in birds and song learning is thought to be a main engine behind the formation of the large number of songbird species. Since learning increase transmission errors, song may divergence fast between populations experience periods of geographical isolation (allopatry). However, song learning may counteract reproductive isolation when populations come into secondary contact since individuals of different species could learn the song of each other. We are therefore interested in the neurological and genetic basis of song learning. Increased knowledge about innate learning biases (especially in closely related and naturally hybridizing species of birds) will increase our general knowledge of the role of song in the speciation process. 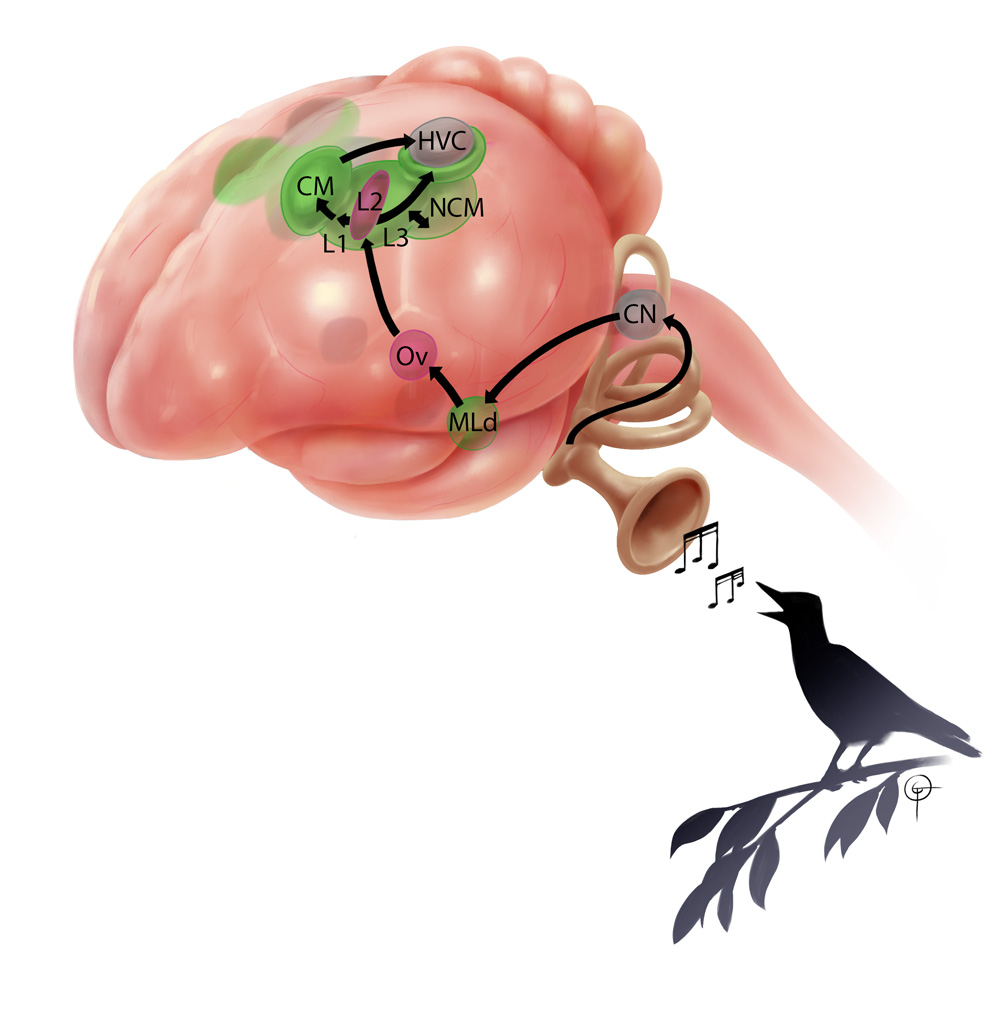 (2) Wheatcroft, D and Qvarnström, A. 2015. A blueprint for vocal learning: auditory predispositions from brains to genomes. Biology Letters 11, Article number 20120155.

Parasites can have a major impact on the outcome of competitive interactions between species they infect. We have found that pied flycatchers both have a higher prevalence of shared lineages of avian malaria than collared flycatchers and appear to be more strongly affected by infection. Can these differences be explained by differences in the co-evolutionary history between the parasite lineages and these two host species and/or are they mediated by external factors such as variation in vector density across microhabitat patches? Work in progress has the potential to answer these questions.

My group uses genome-wide-association studies (GWAS) to understand the genetic basis to phenotypic traits that underlay important ecological adaptations. Particular attention is devoted to traits that also directly or indirectly relate to reproductive isolation. We have recently found evidence for associations between variation at some particular genetic markers and phenotypic variation in clutch size (an important life-history trait), explored the use of re-sequencing to increase genomic resolution, and developed a novel statistical method for fitting repeated phenotypic measures in a GWAS model. The RepeatABEL package is available on CRAN (https://cran.r-project.org) and is part of the GenABEL suit of packages at  http://www.genabel.org/.

(4) Husby, A., Kawakami, T., Rönnegård, L., Smeds, L., Ellegren, H. and Qvarnström, A. 2015. Genome-wide association mapping in a wild avian population identifies a link between genetic and phenotypic variation in a life-history trait. Proceedings of the Royal Society London B 282; 20150156.

Hybrids between the two flycatcher species show clear signatures of genetic incompatibilities. Female hybrids are sterile and male hybrids have impaired spermatogenesis. One of our major aims is to reveal the genetic basis for these incompatibilities. The ultimate goal being to increase our understanding of the relative role of mechanisms behind the divergence in these particular genes, in other words, the role of genetic drift, natural and sexual selection/sexual conflict, and meiotic drive. The effects of these different mechanisms may also interact with properties of the genome itself such as variation in recombination and mutation rates across the genome.

The genomic resources available for flycatchers were developed through collaboration with Hans Ellegren’s group, Uppsala University. My group also currently collaborates with the following people: