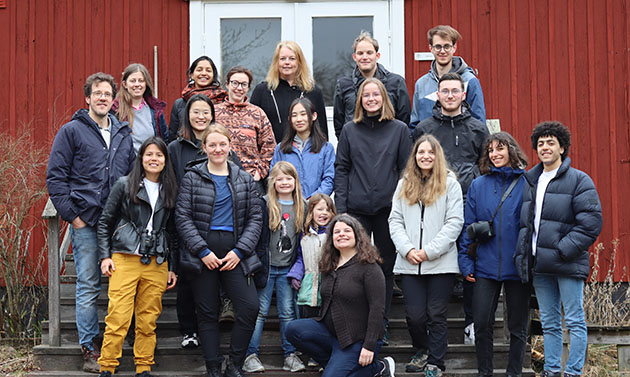 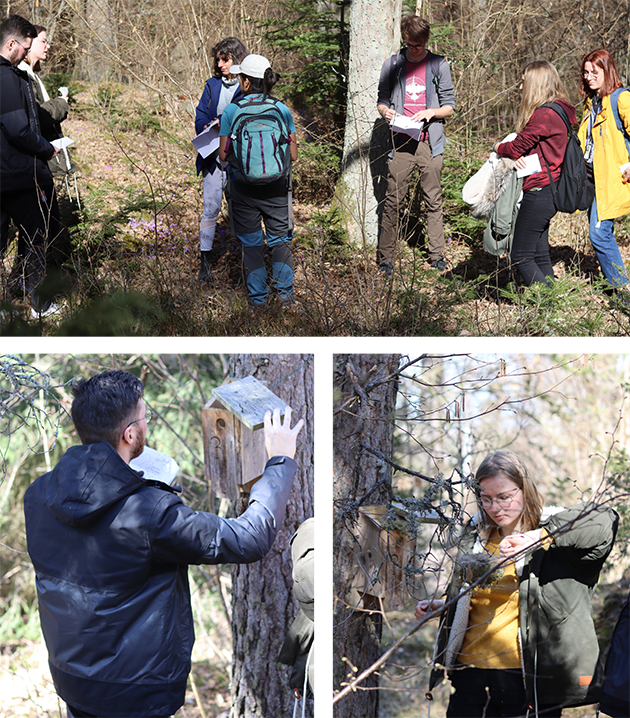 The Qvarnström lab was invited by the Wheatcroft lab at Stockholm University for two days of talks and exchanges between the groups at Tovetorp’s research station. Flycatchers were of course in focus but not only, as the 2022 field crew presented their current and past projects at their respective universities. The group is currently hosting 8 students from 7 different countries and enjoying the diversity of backgrounds and ideas all these enthusiastic young researchers are bringing with them!

It was not all birds: enjoy the rare sights of flycatcher researchers interacting with deer!

May marks the start of the 21st field season and long-term data collection on Öland! The 2022 students got a small taste of what the early days of fieldwork will look like with an afternoon spent cleaning nestboxes in a small area monitored by the group near Uppsala.

Congratulations to Carlos González Gozalo on defending his thesis entitled “Flexible invaders: a study into the aggressive behaviour of Öland´s range expanding collared flycatcher”. Carlos worked with Murielle Ålund and used many years of data recording collared flycatcher aggressive behaviour to explore factors affecting a bird´s level of aggression towards intruders, and look for any geographical or temporal patterns of this behaviour across the Öland hybrid zone.

Carolina Segami published the first paper of her PhD thesis in Evolution Letters, together with Martin Lind and Anna Qvarnström (https://doi.org/10.1002/evl3.250 ). In the paper, they ask: “Should females prefer old males?” The answer might not be as straightforward as you think, and took 18 years of data collection and hundreds of tests of paternity on nestlings and their putative fathers in the Öland collared flycatcher population. Read more about the complex relationships between direct and indirect benefits that young and older males bring to females in this blog post by Carolina: https://evolutionletters.wordpress.com/2021/08/26/should-females-prefer-old-males/. 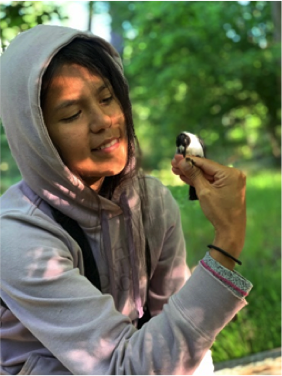 New paper on the heritability of metabolic rate

Eryn McFarlane and Murielle Ålund published a new paper in the American Naturalist on data collected during their PhD, together with Païvi Sirkiä and Anna Qvarnström: https://www.journals.uchicago.edu/doi/10.1086/715842 . They used five years of cross-fostering experiments and animal models, combined with 17 years of natural pedigree, to assess the early environmental impacts and heritability of resting metabolic rate in collared flycatchers. Surprisingly, they report low heritability, but strong early environmental effects on resting metabolic rate. The authors discuss the possible origins of these maternal effects and what they might mean for collared flycatchers in scenarios of ongoing and future climate change. 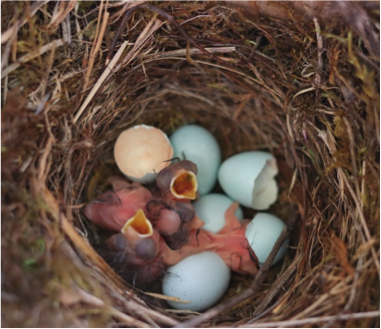 A warm welcome to Yishu Zhu, who joined the Qvarnström Lab on May 1st, starting her PhD directly in the field with the flycatchers! Yishu previously worked on plasticity in body size and epigenetics following sex-specific selection in seed beetles, during her master thesis in Elina Immonen´s group. With the flycatchers, she will be investigating hybrid dysfunction and climate driven speciation, using new methods to measure mitochondrial efficiency directly in the field. 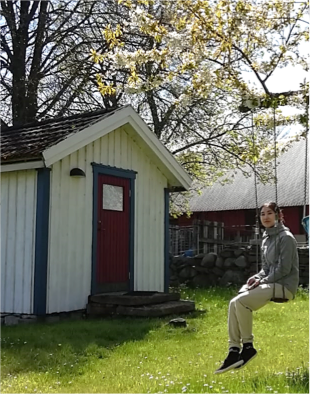 Anna Qvarnström published a new paper in Evolution ( https://onlinelibrary.wiley.com/doi/full/10.1111/evo.14235) together with 14 other researchers working in the field of speciation. The paper is an homage to Felsenstein´s 1981 paper: “Skepticism towards Santa Rosalia, or why are there so few kinds of animals?” and reviews the influence of Felsenstein´s work during the last few decades of research on speciation. Read on for a fascinating summary of theoretical and empirical work trying to answer “Why are there so few/many species?”. In the Appendix, you will also find a commentary by each author on the impact of Felsenstein 1981 on their work, including “Speciation or not – focusing on the genetics” by Anna Qvarnström. (https://onlinelibrary.wiley.com/action/downloadSupplement?doi=10.1111%2Fevo.14235&file=evo14235-sup-0001-SuppMat.docx)

Join us next year to celebrate 20 years of data collection on Öland flycatchers!

May and June 2021 will mark the 20th field season on pied and collared flycatchers and their hybrid zone of Öland! Contact us to join a dynamic team of students and researchers in the field for an internship or a Master project, as well as a 4 years PhD position on adaptation to divergent climates and its potential consequences for hybrid dysfunctions, soon to be advertised! Contact anna.qvarnstrom@ebc.uu.se for PhD or Postdoc positions, and murielle.alund@ebc.uu.se for internships or Bachelor and Master theses.

Anna Qvarnström and former PhD student Eryn McFarlane joined forces with a large group of other researchers working on long-term population studies on birds and mammals to evaluate whether natural populations adaptively can change their phenology in response to the ongoing global climate change.  This scientific work, led by Pierre de Villemereuil from CNRS in Montpellier, France, was recently published in Proceedings of the National Academy of Sciences of the United States of America (PNAS): “Fluctuating optimum and temporally variable selection on breeding date in birds and mammals” (https://www.pnas.org/content/117/50/31969). This study represents one of the largest compilations of long-term datasets ever published and investigates the effects of fluctuating selection pressures and the corresponding changes in fitness optimum on the phenotypic changes in timing of breeding. This massive compilation of 35 datasets - including our 14 years of data on over 2000 breeding events in collared flycatchers - demonstrates the power of using long-term studies for dissecting details about ongoing evolution. We show that selection generally favours earlier breeding date with some fluctuations in the optimum breeding date between years. These changes in fitness optima over time are partially but not completely matched by phenotypic plasticity.

New paper on patterns of gene expression in Ficedula flycatchers

New paper out led by Carina Mugal in Genome Research! We compared transcriptomes of multiple organs of collared, pied and hybrid flycatchers and found that patterns of differentiation, hybrid misexpression, cis vs trans regulation and inheritance of gene expression vary between organs. We found signs of incompatibility between regulatory elements, leading to misexpression in hybrid heart, liver and kidney, but no sign of misexpression in testes, despite these birds being sterile. Here cis-expression changes seem important for high expression divergence instead. Read the paper here: https://genome.cshlp.org/content/early/2020/11/13/gr.254508.119

Anna Qvarnström gave a seminar in the 2020 online seminar series “EvoEcoSeminars”, entitled “Climate adaptation and speciation”. You can watch it here: https://www.youtube.com/watch?v=wUl2sd-Nt-U&feature=youtu.be

Congratulations to Lan Ma for successfully defending her Master thesis online, directly from our field site. Her thesis is entitled: “The relative effect of gained extra-pair paternity versus ensured within-pair paternity on male fitness in collared flycatchers, Ficedula albicollis

Congratulations to William Jones on his first, first author paper, entitled “Interspecific transfer of parasites following a range‐shift in Ficedula flycatchers”. You can find it here: https://onlinelibrary.wiley.com/doi/10.1002/ece3.4677

Congratulations to our MEME student Eva van der Heijden for the successful defence of her Master thesis “Divergence in the mitochondrial genome, climate adaptation and speciation in Ficedula flycatchers”, supervised by Eryn McFarlane and Anna Qvarnström.

On September 15th, 2017, Dr. Murielle Ålund successfully defended her PhD thesis entitled “Sex, Sperm and Speciation: On sexual selection and fertility in hybridizing flycatchers”, with Pr. Leonie Moyle from University of Indiana as an opponent. Huge congratulations! You can read more about it here: http://uu.diva-portal.org/smash/record.jsf?aq2=%5B%5B%5D%5D&c=17&af=%5B%5D&searchType=SIMPLE&sortOrder2=title_sort_asc&query=Murielle+%C3%85lund&language=sv&pid=diva2%3A1128857&aq=%5B%5B%5D%5D&sf=all&aqe=%5B%5D&sortOrder=author_sort_asc&onlyFullText=false&noOfRows=50&dswid=-3334

Eryn successfully defended her thesis last Friday after an intense and captivating exchange with her opponent, Professor Jenny Boughman from Michigan State University. She is now ready to fledge and we are all very happy for her and looking forward to continued future collaborations!

In the first half of February, two members of the lab, William Jones and Eryn McFarlane, travelled to the Comoé National Park Research Station in Côte d'Ivoire, West Africa to try and locate Pied Flycatchers on their wintering grounds.

We are happy to report that the birds are abundant in gallery forest and forest mosaic habitats. We managed to capture a few individuals and collect various data on them. We are the first researchers from Uppsala to catch flycatchers on their wintering grounds! 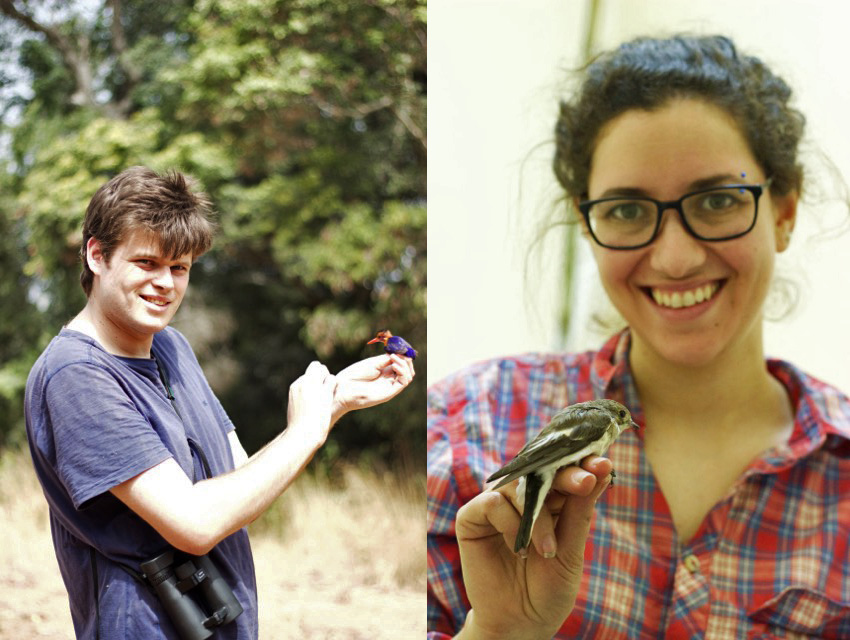